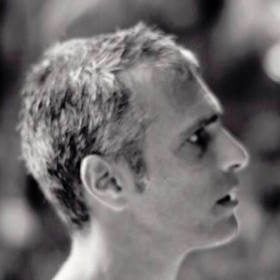 He initially studied in Hawaii with David Williams, the first person to bring Ashtanga yoga to America. He then studied in India with K. Pattabhi Jois, the main proponent of Ashtanga yoga.

Bryan Kest has been teaching yoga since 1985. "My primary objective", says Kest, "besides turning more and more people on to a healthier, more peaceful lifestyle that continually challenges them to grow, is to teach a system of exercise that fully integrates the body, mind, and spirit.

The new trend towards yoga is not surprising, given that the body is limited and the mind is limitless. The combination of body and mind creates an incredibly broad range of fulfillment, including top physical condition and a calm, peaceful, clear mind."

I've been practicing yoga since 1979. I started in Hawaii that year with David Williams and Brad Ramsey in the 2nd ashtanga yoga class in the world outside of India. The 1st ashtanga class was another class David Williams started in Encinitas, CA that he disbanded to move to Hawaii (Maui) where I was living and attending his and Brad's class. This was a great intro to yoga. It seems like the flower children of the '60s had opened some spiritual doors for western culture. David, Brad, and all the people we were hanging out with (all at least 15 years my senior) were all looking to explore yoga a little deeper. We were all experimenting with something very new.

Yoga Over 50 Years Old and Beyond

1/29/23 While using the dynamic nature of this class to strengthen benevolent qualities, this class leads you through a comprehensive...

1/26/23 Getting right into our salutations and then into a dynamic, strong, elongated standing sequence and then realizing our time...

This Will Warm You Up

1/24/23 Using all three warmup sequences, it's a never ending warm up that becomes an entire full, rich, complete class.

You Will Get Stoned

1/22/23 How could you not get stoned from an hour and a half of deep breathing, the release of endorphins...

JOIN NOW
We use cookies to ensure that we give you the best experience on our website. If you continue to use this site we will assume that you are happy with it.OkPrivacy policy