What is a Yogi? | Power Yoga

What is a Yogi? 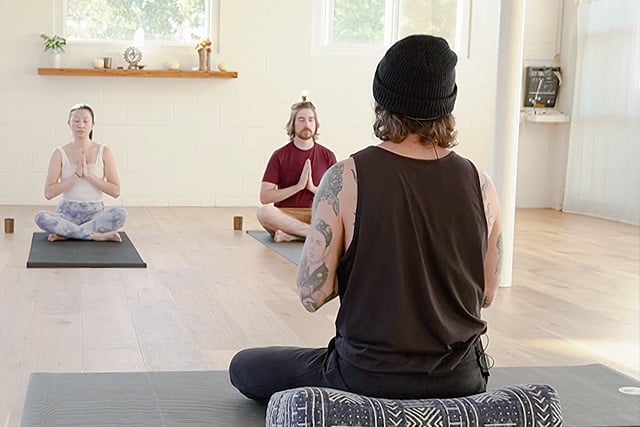 If you practice yoga or not, you’ve probably heard the term “yogi” before. So what is a yogi?

There are yogis of all shapes, sizes, personalities, styles, paths, and practices. That is because a yoga practice is not defined by someone’s outer appearance; it’s defined by one’s intention. Yogis are those who consciously strive toward benevolence, as benevolence is the legacy of all great beings. The yoga Sanskrit word “Samadhi,” or its English synonym “enlightenment”, is simply benevolence actualized.

In other words, a yogi is someone steering themselves towards benevolence - a quality of wellbeing and kindness. A yoga practice facilitates the development of benevolent mental qualities. The facilitation or development of these qualities is a very personal endeavor that reflects our uniqueness. Because it is so personal and so unique, a yoga practice can and will take all different shapes and sizes. Most of these practices exclude physical yoga poses.

It used to annoy me when people (and my kids) would say, “that’s not very yogic of you.” As if the practice of yoga bars anger, fear, sadness, annoyance, frustration, or any qualities outside the realm of peace. Eradicating the dominant effects these qualities have on us is a process; it doesn’t happen instantly like turning on a light switch. It is true that through yoga, a state of mental peace does become more prevalent. But it is a process: a process of being less reactive and more accepting.  It is a process of developing greater states of awareness that allow a deeper understanding of ourselves and the world around us.

Think about it like a mathematician. A mathematician starts with simple addition and subtraction, not crazy equations, right away. They may not know trigonometry initially, but they are on their way to learning. The path of a yogi is no different. As annoying as those accusations used to be of not acting like a yogi, it’s now no longer an annoyance to me. I have let go of needing others to agree with me or see me as acting as they believe I should. I am climbing the ladder of yoga.  I am not more or less a yogi now than I was, just as the mathematician is still just a mathematician as their understanding grows.

A Yogi is simply a committed practitioner of yoga. Yoga practices are diverse and vary greatly; it doesn’t seem as if some of them could even be remotely related. Yet, they are related in their objective to quiet the mind and develop greater degrees of awareness.

One of the books I recommend in my yoga immersion course is called Sadhus: Holy Men of India by Dolf Hartsuiker. It makes an amazing addition to one’s coffee table. The reason I recommend this book is because a photographer spent a great deal of time traveling India and shooting pictures of many yogis engaged in their yoga practice and it’s a good example of the multitude of different ways a yoga practice is expressed and practiced. Think about why you might want to practice yoga.

If you answered yes to the above questions, investigate “Yoga” and remember that there are many expressions of yoga and its practices. Remember this the next time you or someone you know asks, “What is a yogi?” The answers and styles might be different, but yogis are all striving toward a common state of benevolence. It is simply someone who is committed to their practice. So, if one style doesn’t feel right to you, don’t be discouraged; just simply try another.