What to Eat Before and After Yoga | Power Yoga

What to Eat Before and After Yoga 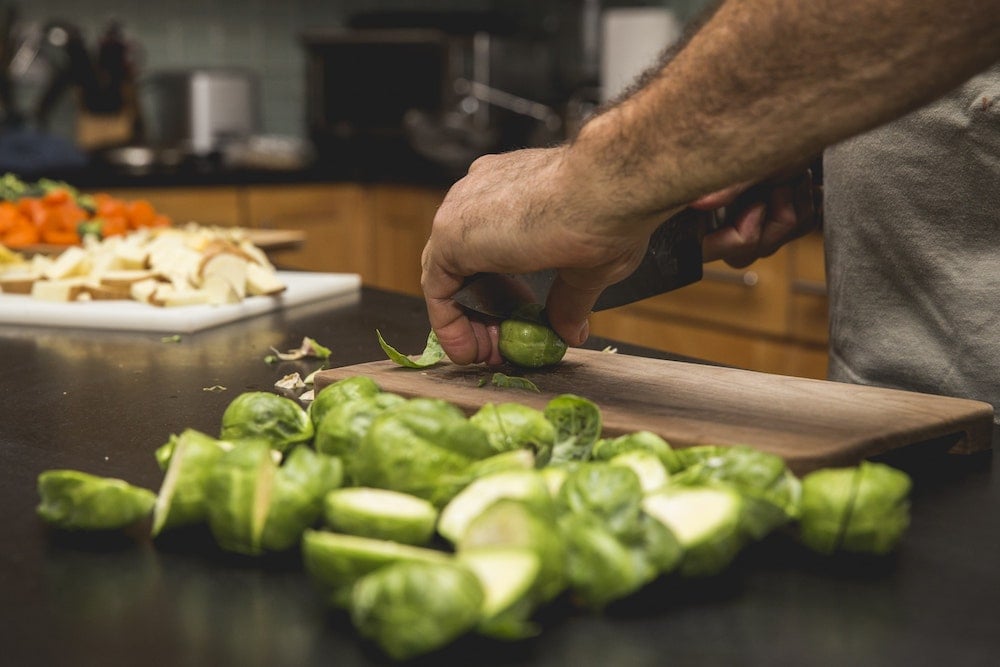 Much of what I will address here can also pertain to exercise in general, specifically yoga. Before I delve into whether or not you should eat before yoga or exercise, what needs to be clarified is the duration of time one takes between eating and exercise. I have learned some guidelines which I’d like to share with you. I’m sure these guidelines are not written in stone as science is constantly altering its stance as new findings and discoveries are made. Yet, I do believe these guidelines are helpful and will help you determine approximately not only the right time but also answer the following questions.

What should I eat before and after yoga?

Firstly, food should be digested before exercise whether it’s yoga asana (poses) or something else. Now, different food items take a different amount of time to digest. Generally speaking, fruits take about a half-hour, complex carbs (like pasta or rice, most grains, nuts, and beans) take about one and a half to two hours to digest. Fish, chicken, and meats take around three hours. So, knowing you want to exercise on an empty stomach and knowing the general digestion times above, you can answer the question, “What can I eat before yoga and exercise and when should I eat it?”

I have heard to wait at least a half-hour after exercise before eating. I’m not sure about the validity of this, but the reason given to me is that our bodies should have a little time to settle and integrate the effect of the exercise before it is burdened with the digestive process. What you should eat after yoga or exercise will be determined by the type and intensity of that exercise. Basically, you want to rehydrate and replenish. Smoothies are usually really nice for this as they can be loaded with the nourishment the body needs to replace, replenish and rebuild. Fruits, veggies, almond butter, and eggs all give the body the vitamins, minerals, and protein to rebuild and the carbs to replenish. The heavier the meal is, the longer you should wait after exercise. Smoothies can also be nice beforehand if you keep heavier foods like nut butter and eggs out.

Now again, what to eat before yoga would depend on how long it is before yoga that you eat. As for yoga specifically, you want that stomach to be empty. Why? A full stomach requires a lot of energy for digestion, reducing the energy one has to move the body. It also reduces mental clarity as the blood is directed into the stomach as opposed to the brain, and also reduces the range of motion. It’s just a bad idea. Try it for yourself and most likely you will agree. My rule is to keep the food light, which means fruits and veggies, and your experience will be light. Save the heavy stuff for after. The heavy stuff is heavy because of its nutrient density and the body will appreciate that nutrient density when it needs to replenish and rebuild after.

What should I eat before hot yoga?

The same concept applies. Just remember, in hot yoga, you will sweat a lot, so hydration is very important. Chia seed drinks are great for this as the chia seeds retain large quantities of water and deliver it over a longer period of time.

Exercise or yoga and healthy eating is a no-brainer. Why would you do all this stuff that is so beneficial, then nullify so much of the benefit by eating crap? It’s nonsensical. Eat nutrient-dense food, and stay away from nutrient sparse food, like junk food, processed food, packaged food (for the most part), etc.

Should I eat before or after yoga?

If you do have food in your stomach and you want to partake in yoga or exercise then you might need to adjust or modify your exercise to fit the situation. For example, if you were really full it might not feel good to do a lot of twisting or back bending. I guess to answer the question, “Which yoga can be done after eating?”, you would need to determine that according to how the poses or any exercise feels on your body.