The Healing Power of Yoga 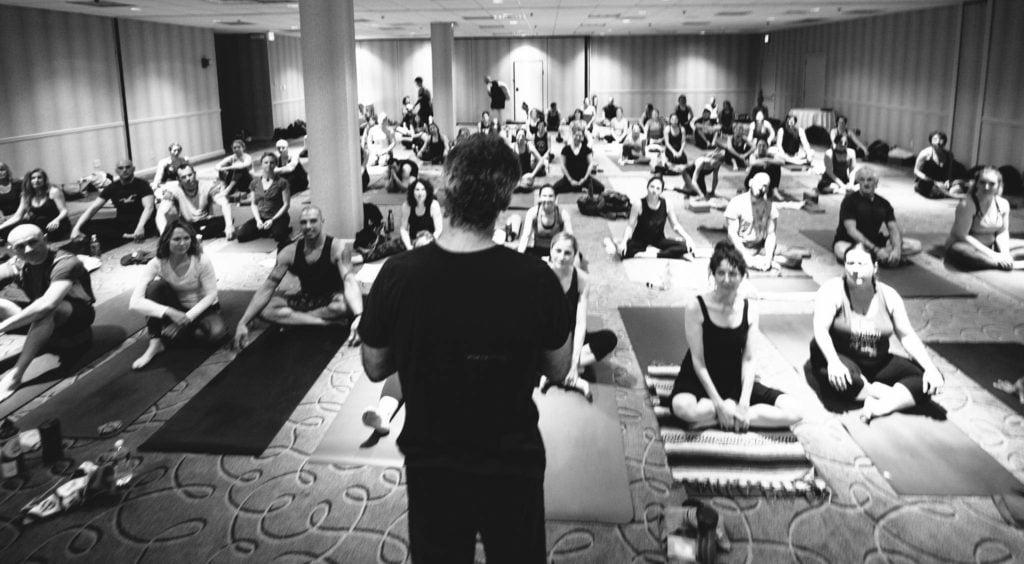 When I was around 14, living with my mother in suburban Detroit, my father approached me and asked me (at my mother’s request) if I’d like to live with him in Hawaii. I said, “Sure, Dad,” even though I hadn’t talked to him in about three years due to me finally standing up to him in a disagreement. I picked an interesting way of breaking the ice with him. I went to my middle school late one evening, and, using bricks from a nearby construction site, I broke three-quarters of all the windows in my middle school. It was a piece of work, alright. They had to close the school for a week for the cleanup. I guess my unconscious mind knew that would be a way to get my dad’s attention. While sitting in Mr. Staron’s office (the coolest Vice-Principal ever), surrounded by police, guess who shows up? Yeah, my father. He had shown up at my mom’s request, who couldn’t control a teenage son who was only willing to listen to the one who could beat him with a belt. My mom’s thick black rubber hose just didn’t do the trick. Hawaii sounded amazing, so I agreed. Once pops got me on a rock 2,000 miles out in the middle of the Pacific Ocean, he hit me. Not with a belt, but with the ultimatum of, "Do yoga or get out of his house!" So, a yogi was born.

Here I am, with 40 years of yoga under my belt, thanks to pops (so much gratitude), and a one-dimensional skill set of teaching yoga. Lucky for me, it’s the perfect skill set and antidote for what ails most people in the world these days: STRESS.

An Antidote for Stress

70% of the population is on prescription medication, which pretty much only treats symptoms, not the cause. This weakens the body’s defenses and immunity, which is the direct by-product of stress. Yoga and, specifically, meditation, (all physical yoga should be a moving meditation, otherwise it’s not yoga) is pretty much the only answer! Being in nature is also an antidote, yet most don’t have access to nature. It’s disappearing fast as we exchange the birds and the bees for materialism.

Another antidote would be simply slowing down. This doesn’t seem like it’s going to happen. The influencers, who are the drug companies and corporations who profit from our sickness and materialism, control the population, doctors, and politicians through money and the media. They don’t really want us to slow down. They do not want to give up their tremendous wealth. So, they keep pushing products and a lifestyle that we don’t need. I’m not a conspiracy theorist, yet as my dad used to say, people can rationalize anything. I’m sure the influencers have rationalized why they are doing good through peddling their drugs and products, even as the population gets sicker, childhood depression and suicide explode, the environment becomes toxic, and people are busier than ever. Even though all the technology was supposed to help us accomplish things more easily, and even though you could say in some ways it does, the fact is people are busier than ever.

In the days of old, we had the teachings and lessons of our ancestors to fall back on. Yet there is no precedent for what we are experiencing. There is nothing the past can teach us about what’s happening, as there has never been a smartphone prior to now!

There is an antidote, an opportunity to counterbalance this mega rat race...at least something that is of tremendous help. This something has always been a healing balm to humanity, kind of like aloe vera – soothing, nourishing, protective, and completely organic, with no negative side effects (take that, drug companies). This antidote is for all humans with no exception and gives out the exact amount of effort that is put into it.

The Healing Powers of Yoga Asana

This antidote is sweeping the world, as some people recognize its healing value. This antidote is yoga asana. It is the perfect counterbalance, as it performs three specific functions. First, it releases existing tension and reverses the effects of a sedentary lifestyle through stretching, toning, and all-out activation. Next, it trains the mind to be less reactive (calmness), eradicating stressors. Finally, it immerses the mind in the splendors of silence, which minimally gives our brain some time for recovery. But what it really gives is a whole other blog post, as it’s that vast! Not only should you give yoga a try, but it should be introduced to our children ASAP!

Now, making time for yoga may be difficult. The drive alone can be stressful and time-consuming, and with yoga’s popularity comes corporate interest, where you are constantly being marketed to at your yoga studio. So, choose your studio wisely and consider online yoga. The teaching is the same, the drive time is non-existent, the cost is pennies per class (as opposed to $20), and you end up with more time for yoga, family, friends, and for you. If you think this is a sales pitch, you’re right; but if you think I would put money ahead of your wellness, you’re sorely wrong. Don’t believe me? Why else would I have created donation yoga? Wellness first! Power Yoga.