The Truth About Core Yoga 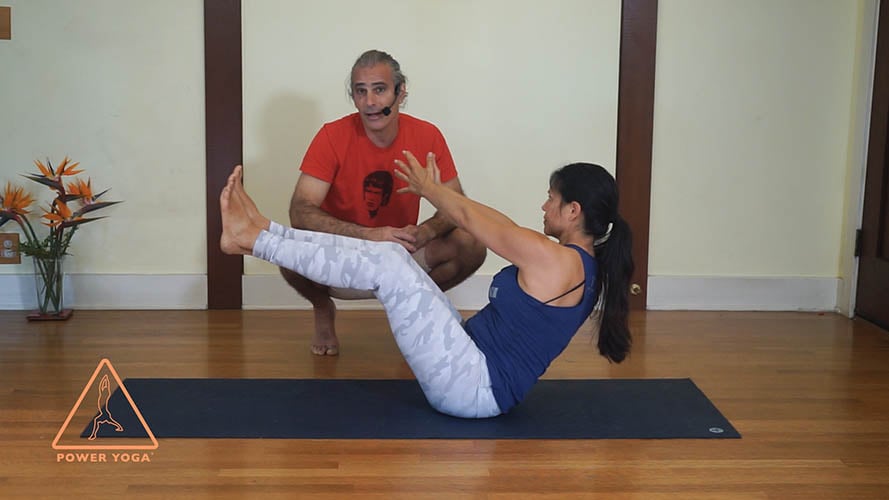 I would like to shed some light on core yoga: what it is, what the poses are, and what yoga for core strength is? What is a yoga core workout or core balance yoga?

So, what is core yoga?

Firstly, there is no lineage of this type of yoga. Core yoga was never a style or system of yoga. Very similar to much of the American and Western yoga scene, core yoga is a cool name for a yoga class. Now there is a chance you would think that a yoga class calling itself “core yoga” would focus on our physical (body) core but there is no guarantee. There is even a chain of yoga studios called Core Power Yoga.

Don’t believe that if you do not see the name “core” within the studio, style or class name there will be no core element to that particular yoga class or yoga style. Most Vinyasa and Flow classes along with Power yoga and Ashtanga yoga classes will have a core element and sometimes it may be that particular class’ primary focus. My Power Yoga classes will always include core work! The fact is that core muscles along with all muscles need to be cared for, otherwise they will atrophy. So, if the classes you want to attend are properly balanced, which means they are thorough and complete, then there will be a core element.

This may bring up another issue which is if a yoga class or especially a class called “core yoga” overemphasizes the body's core region, there may not be enough time in the class to address the body’s other muscles, bones, joints and connective tissues. So be aware as important as core work is, that doesn’t negate the importance of spinal mobility or strong back muscles, flexible hamstrings, and a toned psoas, etc.

What I have discovered is many upon many yoga poses involve the core region and even traditional core work has evolved to include some of these yoga poses, for example the “plank” pose. In its many variations, plank is in most yoga classes and frequently added to core fitness routines. There is also Navasana (boat) pose and Uttana padasana (fish) pose; even extended lunge and extended triangle poses are great core strengtheners.

I guess what I’m trying to say is that within most yoga classes, you will get enough core exercises to completely prevent any type of core muscle atrophy or weakness. So, unless you have a specific need for extra core strength like, for example, maybe for work you are a bouncer and you need to have strong core muscles so you can pick people up over your head and toss them out onto the street, I really wouldn’t worry about core muscle neglect within most yoga classes because that doesn’t exist.

Please don’t misunderstand. A strong core region is important as you’d want to strengthen and tone all regions and areas of our bodies, yet it doesn’t need to be overemphasized unless you have a specific reason. This whole "Core" thing has become a fad and like all fads, it will fade away as the next fitness fad replaces it.

I must add here that part of the core region is your abdominals and many people are obsessed with how their abdominals look, which may have an impact on core fitness' popularity. Yet, this has nothing to do with health and wellness which I believe is the original intention of exercise.